On Course to Creating a Culture

On Course to Creating a Culture

Does your culture matter and what do you do about it?

Culture is a pretty fluffy business buzzword however we’ve tripled in size in the last 18 months. So we decided maybe it’s time to start doing a bit more about it despite still being a tech toddler at less than 3 years old. We recently took our first trip to do what could easily be considered a corporate style team building day. As we are based on the beautiful Tuscan coast, we popped up into the Apuane Alps to go zip-lining down a canyon above bubbling rapids. It was epic. Here’s a quick summary of a few of our thoughts that are somewhat related to what company culture may mean.

What is company culture? 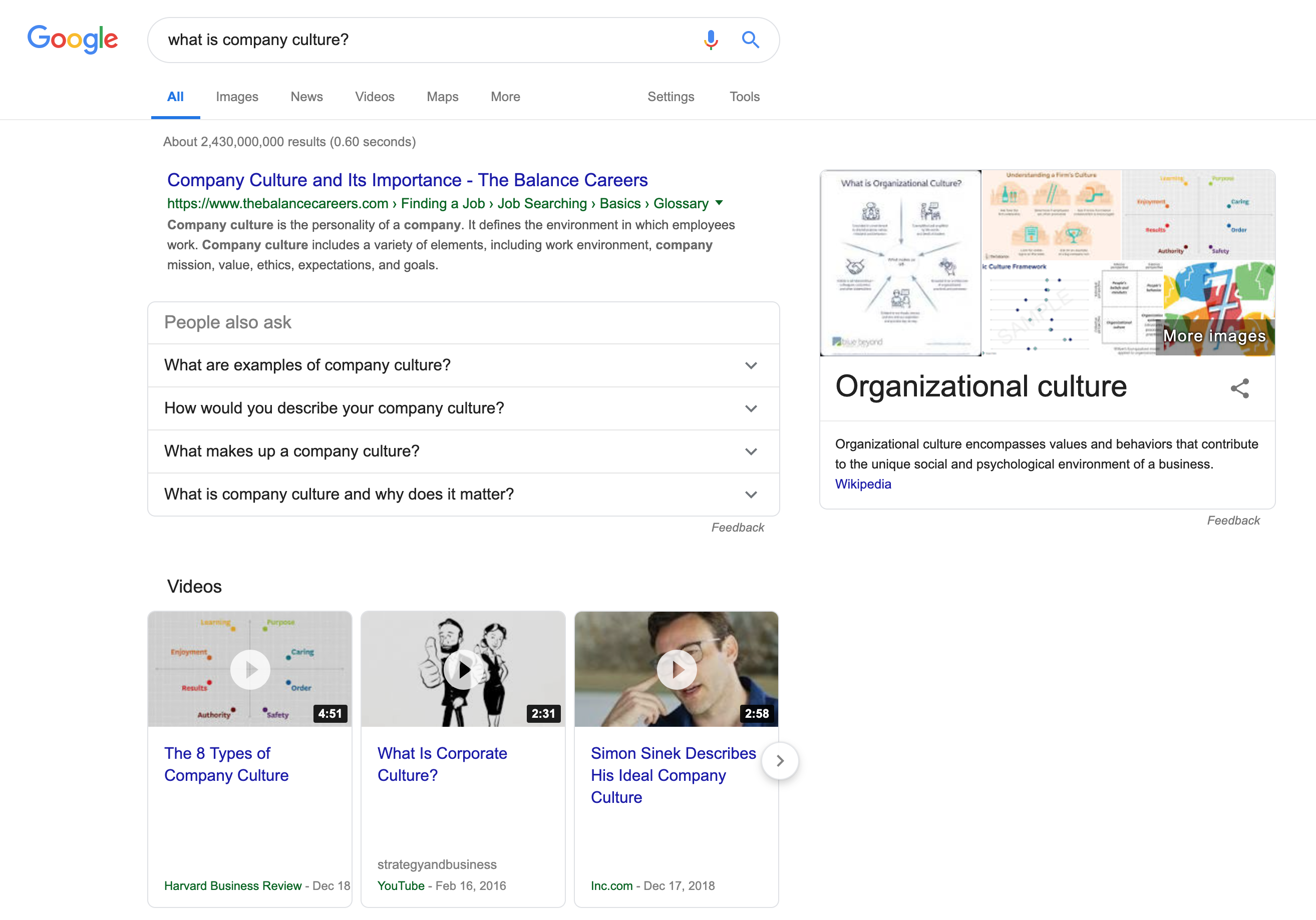 Well this is nice and vague. This is the tricky thing about culture. There are a ton of definitions out there and most of them probably have some merit to them. Well, at least some. Let’s not get too philosophical about it. For us, the definition has to cover two key areas:

The first point is about what the people in a company believe. What are the top priorities that they have in common? This trickles down to behaviour. What action would someone from a certain company be most likely to take in a certain situation? And what do people actually do when no-one is looking?

Secondly we can look at the specific, conscious actions that an organisation takes in order to try and shape culture. Obviously our team building day is one example of this however this could cover other areas, from HR policies to quirky rituals and in-jokes and of course hiring.

Why does this matter?

We are growing fast. When I joined less than 18 months ago I was the 8th member of the team. Now there are at least 26 – it’s hard to keep count. This means the beliefs, practices and instinctive responses of the 8 people who were here over a year ago have been diluted to making up less than ⅓ of the organisation now. This begs the question, is the average behaviour of the company the same as it was a year and a half ago? If a client got in touch with us today, would we, as a company, respond in the same way as we would have last year? I’m happy to say I’m confident we would respond just as fast and tirelessly as before. The main difference being that we are now much better organised 😉

However, if we are changing our core constitution at such a rapid pace, we shouldn’t take it for granted that new people who join will instinctively take the same action as a person who has been here for longer – perhaps a new person would reporting to someone who has only been here for a few months themselves.

What can we do about it?

What can we do to control culture when most people can’t even agree what culture is? Here’s our quick rundown of some of the key areas.

Skill, experience and all round ability are certainly key when selecting someone new to join the team. However, how much weight should be given to the culture fit of a person is hard to overestimate.

Yes we are still hiring if you are looking to learn more about our culture first hand.

Whether your training programme, internal knowledge base or structured mentoring intends to shape culture or not, it undoubtedly will. From the tone of voice in your slides to whether or not you put silly gifs in your emails and lectures, people are going to pick up what they see when they first start and that first impression will probably stick with them for a while.

It may seem silly but having random responses to arbitrary events can pull people together. Ask the leader of any successful cult. Playing a pimping song when you get a new client, going out for lunch on Friday or having pastries on birthday can all bring people together. Some rituals stick, some don’t. That’s fine. It sounds like a small thing but it’s a really fun way of bringing a team together. Which is what culture is all about.

Explicitly setting the same higher level priorities is clearly key to keeping people aligned. If you agree on where you’re going as a team you can have a more meaningful discussion on how to get there. Regular team meetings, setting OKRs and doing a big review every now and then

The events that we normally do aren’t too far from the classic corporate cliche: a Christmas party, going out for drinks when people join the team and as you’d now established, zip-lining. Ok, maybe the last one is less common but it probably falls into a conventional activity/team-building category. And that’s fine. It’s just good fun to hang out together and do something together that’s outside the office. You don’t need to reinvent the wheel here to have some fun together. We find a chilled out evening on a Tuscan beach, just a few minutes from the office is a great way to get some culture going. 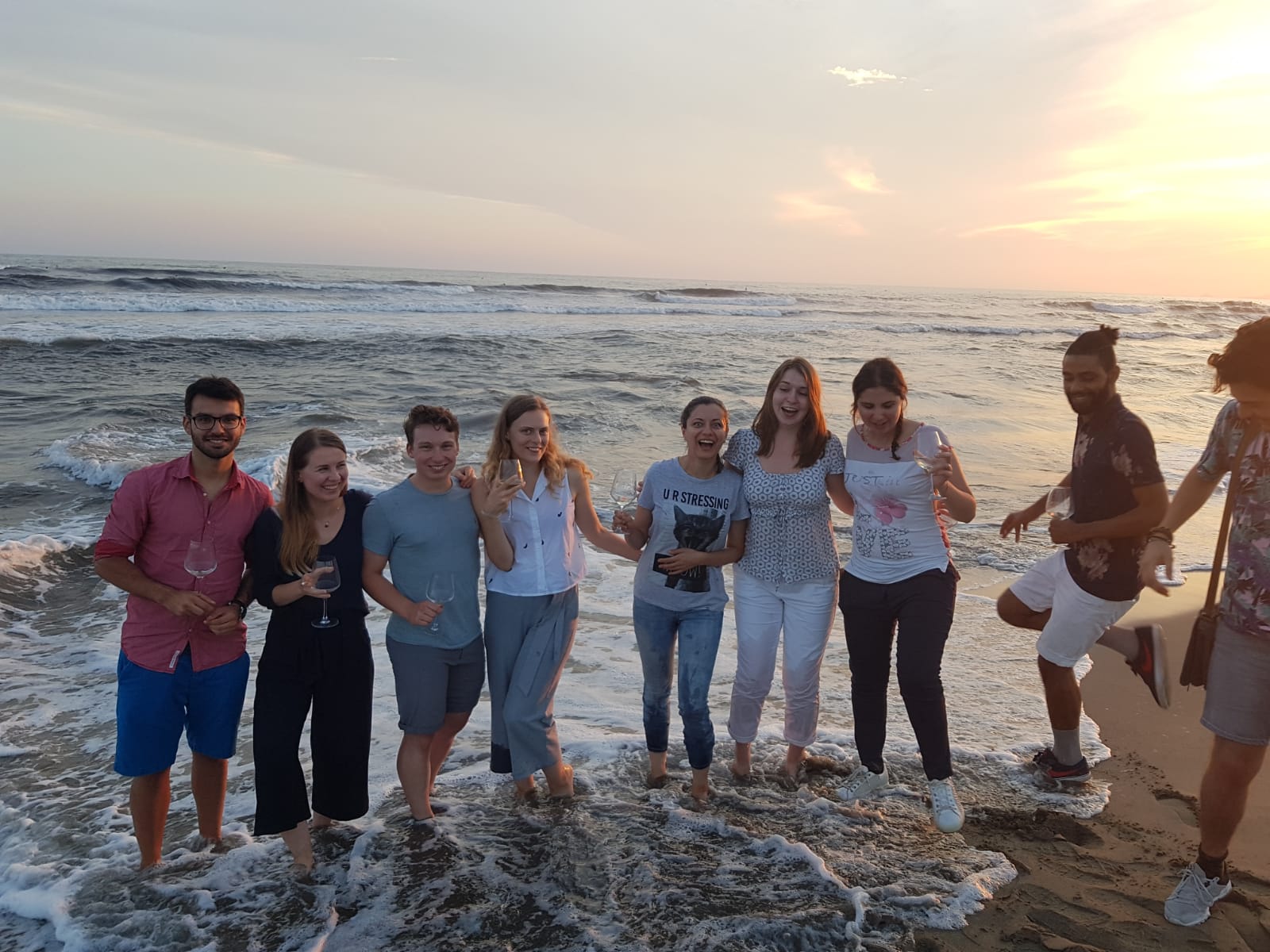